Now a new king arose over Egypt, who did not know Joseph. He said to his people, “Look, the Israelite people are more numerous and more powerful than we. Come, let us deal shrewdly with them, or they will increase and, in the event of war, join our enemies and fight against us and escape from the land.” Therefore they set taskmasters over them to oppress them with forced labor. They built supply cities, Pithom and Rameses, for Pharaoh. But the more they were oppressed, the more they multiplied and spread, so that the Egyptians came to dread the Israelites. The Egyptians became ruthless in imposing tasks on the Israelites, and made their lives bitter with hard service in mortar and brick and in every kind of field labor. They were ruthless in all the tasks that they imposed on them.

Moses was keeping the flock of his father-in-law Jethro, the priest of Midian; he led his flock beyond the wilderness, and came to Horeb, the mountain of God. There the angel of the Lord appeared to him in a flame of fire out of a bush; he looked, and the bush was blazing, yet it was not consumed. Then Moses said, “I must turn aside and look at this great sight, and see why the bush is not burned up.” When the Lord saw that he had turned aside to see, God called to him out of the bush, “Moses, Moses!” And he said, “Here I am.” Then he said, “Come no closer! Remove the sandals from your feet, for the place on which you are standing is holy ground.” He said further, “I am the God of your father, the God of Abraham, the God of Isaac, and the God of Jacob.” And Moses hid his face, for he was afraid to look at God.

Then the Lord said, “I have observed the misery of my people who are in Egypt; I have heard their cry on account of their taskmasters. Indeed, I know their sufferings, and I have come down to deliver them from the Egyptians, and to bring them up out of that land to a good and broad land, a land flowing with milk and honey, to the country of the Canaanites, the Hittites, the Amorites, the Perizzites, the Hivites, and the Jebusites. The cry of the Israelites has now come to me; I have also seen how the Egyptians oppress them. So come, I will send you to Pharaoh to bring my people, the Israelites, out of Egypt.” But Moses said to God, “Who am I that I should go to Pharaoh, and bring the Israelites out of Egypt?” He said, “I will be with you; and this shall be the sign for you that it is I who sent you: when you have brought the people out of Egypt, you shall worship God on this mountain.”

This is my name forever,
and this my title for all generations.

A  couple of weeks ago, I was going about my  business as usual, and preparing to preach on Sunday, when something happened that changed everything.  You see, as a pastor and a public speaker, there are a lot of variables that I have to consider when I prepare to speak–what will I say?  How will I grab the attention of my audience?  How will I convey the emotional force of God’s Word?  But there is one thing that I always take for granted: my voice.

But one morning i woke up, and my voice had left me.  Like Paul, or Zechariah, I found myself unable to depend upon my own body to do what I needed. For two, three four, five, six days, I found myself deprived of the one thing I could count on—make that two things—my vocal chords. Every morning, I woke up, expecting my voice to “show up.” And every morning, for over a week, I was disappointed.

I wonder whether this is what the Israelites felt like in Egypt. In our last conversation, we heard the story of Jacob wrestling a divine being, of a God who was so close we could practically touch him, but a lot has happened since then. The people of Israel have found their way out of their own land and into Egypt, where they have been treated as welcome guests. But over the generations, the welcome becomes less warm. The Egyptians begin to fear these “foreigners,” even though many of them were born there.

As our Scripture picks up here, we find the Israelites with their back up against the wall, as their welcome in Egypt turns sour. But they cannot simply pick up and leave, for the Egyptians have conscripted them into heavy labor. Their bodies have been colonized, and even Hebrew children find that they aren’t safe here any more. It is as though the Israelites have lost their voice. Where is God in all this darkness?

And yet, we live in a world that is exactly like this. This very second, thousands of men and women and children just like the Hebrew people find themselves at risk: of being enslaved, of being murdered, of being starved, imprisoned, of being stripped of their dignity and their voice. The only difference is, the people who at risk are not us. We find ourselves in a position of security, looking out into a world that is populated by people near and far who are suffering, hurting, and in need of hope.

So where can we find ourselves in this story in such a time as this? Certainly we aren’t like Pharoah. For we have not made the policies. Our fingers are not on the trigger. And we aren’t his army—I haven’t noticed any Ivylanders out there enacting violence on behalf of the state. I wonder if perhaps, instead, we are like the thousands upon thousands of Egyptian people, or perhaps their neighbors down the Nile, who looked on, who heard the cries of the Hebrew people, who watched their bodies break and their children starve as they cried out to their God.

Consider the fact that currently millions of refugees across the globe are crying out for freedom. Even more are captive in countries where their children are fodder for drone attacks and mortar shellings, where those who survive are promised inadequate medical care and poor access to food and education. Even our own children are not safe: we were reminded this week that not a single week has gone by this year, or the year before it, or the year before that, in which there wasn’t a mass shooting on a school campus.

And though not a single one of us is launching missiles or building walls to keep refugees out, though none of us are consciously depriving others of the right to worship or to live safely, or educate their children, the truth is that we have stood by as others do. We have seen their faces; we have heard their cries. We cannot claim that we do now know we are far from God’s Kingdom. And our silence becomes an answer that echoes in the ears of the oppressed, saying “You are not our problem.”

Moses knew something about this. You see, when he was confronted with his own heritage, his own identity as a child of the oppressed, of the foreigner, of the outcast, his first instinct was to get angry. So angry that he lashed out in violence against the enemy, an Egyptian soldier. His reaction so frightened him, and his fear of justice was so great, that his second instinct was to run far, far away, as far as his legs could take him. 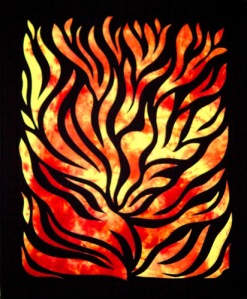 But fortunately for us, Moses learns that no hideout is so distant that God cannot find you. In the land of Ur, far from any Egyptian or Israelite, God reveals himself to Moses. And in a moment of brilliance, the light of God shines upon this wandering child of God and reveals to him a third way, a new opportunity to bear witness to God’s justice in the face of a dark dark world.

God shows Moses right there in the middle of nowhere that sometimes the bravest thing that we can do is to turn around and dare greatly, to bear witness to the suffering of our brothers and sisters with our greatest weapon: our testimony. Even at the risk of our own life.

To which God answers: “Why Not you? Who else?” Perhaps Moses has forgotten that he is in fact the perfect person for this task: as the adopted son of the Pharoah’s daughter, he is both an insider and an outsider to Egypt. Moses is perfectly positioned to bring the voice of the oppressed to the seat of power. And yet, in the face of God’s call, he falls mute.

But God will not accept Moses’ weak excuses. If you do not speak, who will? When God calls us to speak into the void of injustice, who are we to say no? To call ourselves unfit to the task? To say, “This is not my problem…someone else can handle it.”

Friends, when you have found that your conscience is set ablaze by the devastation of today’s reality, pay attention. It may be that it is God’s voice speaking to you. When you see the suffering of the other, and recognize it as your own, as the suffering of God’s creation, that is God speaking to you. That is God saying: “This is your problem. Go do something about it.”

And it is to us, In the face of a world filled with fear, that God offers a simple message to us all:

Turn, and follow Jesus. Follow Jesus into the world, in all of its suffering, in all of its pain. Bear witness to the light, with your testimony, with your body, with every gift that you have that God has given you. Pay attention to the ground one which you stand, for when you do this, you may find yourself standing on very holy ground, indeed.

God would have us remember that God doesn’t need much to change the world. All it takes is one person willing to take a stand, whether it is a woman shielding her baby, or a man speaking truth to the Pharoah. Perhaps all God needs are the souls in this room. We are enough.

Enough for what, you may ask? Enough for a revolution of love. Enough to speak to the eternal truth that all of of the God-created beings of this world deserve care. Enough to shine a beacon so that others might see: this is holy ground on which we stand. 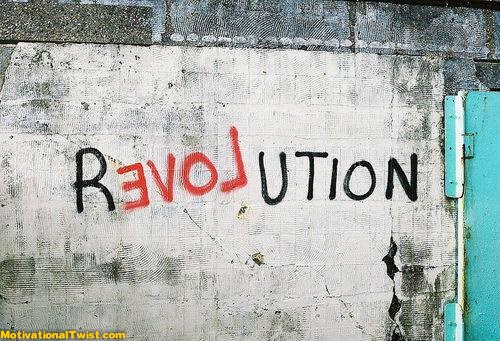 Who are you? You are God’s instrument. And that, brothers and sisters, is enough.