“That which does not kill you makes you stronger” is one of those “power sayings” that often get bandied about in polite society, a sort of talisman against the challenges of daily life.

Out of life’s school of war: What does not destroy me makes me stronger.

In truth, there are many things in this world that can destroy us, and those that do not succeed do not necessarily strengthen us. That which doesn’t kill us has the power to alter who we are, not only for better, but for worse. It may not kill us, but it may embitter us. Or we may find ourselves immobilized by trauma and fear and scars that will not heal.

There is much in the world to be afraid of, and that which threatens us physically is just the tip of the iceberg.

Consider this story of Jacob from the book of Genesis:

22 The same night Jacob got up and took his two wives, his two maids, and his eleven children, and crossed the ford of the Jabbok. 23 He took them and sent them across the stream, and likewise everything that he had. 24 Jacob was left alone; and a man wrestled with him until daybreak. 25 When the man saw that he did not prevail against Jacob, he struck him on the hip socket; and Jacob’s hip was put out of joint as he wrestled with him. 26 Then he said, “Let me go, for the day is breaking.” But Jacob said, “I will not let you go, unless you bless me.” 27 So he said to him, “What is your name?” And he said, “Jacob.” 28 Then the man[b] said, “You shall no longer be called Jacob, but Israel,[c] for you have striven with God and with humans,[d] and have prevailed.” 29 Then Jacob asked him, “Please tell me your name.” But he said, “Why is it that you ask my name?” And there he blessed him. 30 So Jacob called the place Peniel,[e] saying, “For I have seen God face to face, and yet my life is preserved.” 31 The sun rose upon him as he passed Penuel, limping because of his hip. 32 Therefore to this day the Israelites do not eat the thigh muscle that is on the hip socket, because he struck Jacob on the hip socket at the thigh muscle.

In Genesis 32, we encounter a lonely man, agonizing on the edge of his homeland. For here Jacob finally finds himself face to face with the past from which he has been running all of his life: a past in which he earned his name, which means “trickster and supplanter,” by stealing his hard-working older brother’s birthright and tricking his father while he was on his deathbed. A past in which he tricked and cheated his way into wealth and riches. But no amount of games and trickery can save him now, for if he wishes to come home, he must face what he has done.

Poor Jacob! How great is his sense of dread! He cannot possibly know that the same brother whom he once shamed with his games, the same Esau who pursued him to the limits of their land seeking vengeance, is a different man. Jacob cannot possibly know that something in Esau is softened. That his anger has ebbed, that forgiveness is possible. All that Jacob knows is his violation. His fear. The adrenaline that coursed through his veins as he ran from his brother. His conviction that he deserved to be chased, to be hunted, to be condemned.

Jacob, who has made a life for himself, who surrounds himself with evidence of his own success, suddenly seems not to feel so strong. No amount of wives, or children, or goats can still the rushed beat of his heart.

Because no matter how much wealth or family he amasses, he cannot change his reality: He is a hunted man. He cannot shake his past. And he can scarce imagine a future in which he will make it through this reunion unscathed.

And so he does what any shrewd person would do: he plans. He schemes to protect his family, to dull the edge of his brother’s rage with gifts and displays of power. And then he does what all of us do when we feel we have nothing left: he prays. Out of options, Jacob lies vulnerable on the dirt with his heart opened to heaven and begs for mercy.

That sleepless night, waiting for the morning light of justice to shine on his life and determine his fate, Jacob discovers that sometimes our demons are right there with us, when we least expect us.

At least, we think it could have been a demon. We do not know. Perhaps it was Esau himself, come to meet his brother under the cloak of darkness. Or perhaps it was a numen, an ancient divine power brought up from the deep of the river itself. We could spend our whole lives wondering and never discovering the truth of exactly who this stranger is.

But whomever it was who rose out of the darkness that fateful evening, it is Jacob who finds himself locked in a battle between life and death, light and darkness, curse and blessing on the banks of the Jabbok, a river whose name means both “a place of passing over,” but also “to struggle.” The very geography bears witness to the spiritual battle within Jacob—he has chosen to face his past, to stop running, to turn and face the consequences of his own making, and now he must struggle with what that means.

Because that is what this story is about. It is about a man who, from his first breath, was defined by his flaws: he was a supplanter, a trickster, a heel. He was the one who stole, who cheated, who knew how to look for loopholes and exploit them with abandon. And now, this one has chosen the more difficult path of accountability, of reconciliation, of struggle.

It is a choice that will both mark and bless Jacob for the rest of his life. As the dawn breaks, he emerges, not exactly victorious, but marked by a new sense of who he is—no longer is he Jacob the trickster—he has become Israel, the one whom God protects.

Jacob does not emerge unscathed—changed, but also wounded, crippled, forever marked. It is what Fred Beuchner called, “The magnificent defeat. A defeat because he limps. Magnificent because he prevails. And he limped every day afterward to show others (and himself) that there are no untroubled victories with this Holy One. He lives, with new power, but also new weakness.” God answers his prayers, but in ways that he could not possibly have expected.

I wonder if perhaps the news that we need to hear at this moment, in this place, is that our faith in God will not grant us victory in all things, nor will God promise that we will not emerge wounded from battle. Perhaps, instead, we are meant to understand that even when we struggle, even as we enter the thresholds that separate our past from our present, even as we are wounded, or wracked with fear, that God is with us. And that God is not only present, but that God bears witness to the power of these moments to change us so fundamentally that we emerge with a new identity, a new sense of who we are and what we can endure. 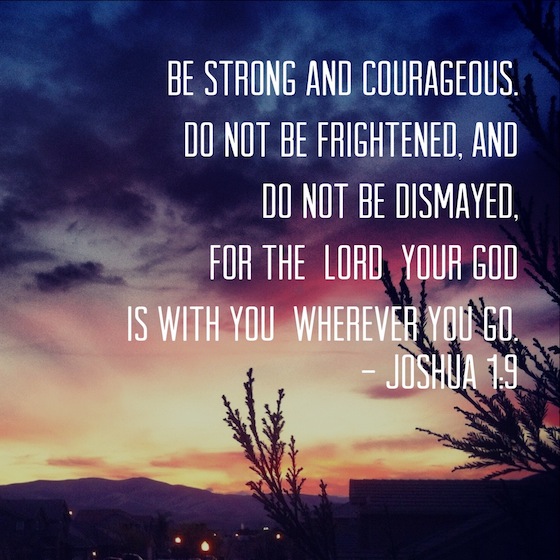 How could Jacob have known what would happen when the light blessed his bruised and shaking body? Even so, perhaps that struggle, interior and exterior, gave him the courage to trust that God would be with him as his brother Esau rushed to greet him, wrapped him in his arms, and called him beloved, brother, and friend as tears of blessing fell upon them both in the light of a new day.