Now this is why he did so: All those who came out of Egypt—all the men of military age—died in the wilderness on the way after leaving Egypt. All the people that came out had been circumcised, but all the people born in the wilderness during the journey from Egypt had not. The Israelites had moved about in the wilderness forty years until all the men who were of military age when they left Egypt had died, since they had not obeyed the Lord. For the Lord had sworn to them that they would not see the land he had solemnly promised their ancestors to give us, a land flowing with milk and honey. So he raised up their sons in their place, and these were the ones Joshua circumcised. They were still uncircumcised because they had not been circumcised on the way. And after the whole nation had been circumcised, they remained where they were in camp until they were healed.

Then the Lord said to Joshua, “Today I have rolled away the reproach of Egypt from you.” So the place has been called Gilgal to this day.

On the evening of the fourteenth day of the month, while camped at Gilgal on the plains of Jericho, the Israelites celebrated the Passover. The day after the Passover, that very day, they ate some of the produce of the land: unleavened bread and roasted grain. The manna stopped the day after they ate this food from the land; there was no longer any manna for the Israelites, but that year they ate the produce of Canaan.

Rituals. We all have them. When I was in college, and I played in the marching band for USC, there was a guy in our section who wore the same pair of underwear for every game—”It’s lucky!”  He liked to say.  “Helps our team win!” (and did I mention that part of the “luck” involved not washing them either?) We had our doubts about magic underwear, but perhaps you can relate to the sentiment he expressed.  There are just some things that we do that give us courage, or put us in the frame of mind to believe that we are going to achieve our destiny. Things that make no sense apart from their context.  Rituals.

The Maori people of New Zealand are no strangers to ritual either. They are, perhaps, most well known for a ritual dance called the haka.

Who wouldn’t want to get married after that?

I just have to pause and share there are a few moments that really make this video for me.  First of all, there is this moment in the beginning where they pan to the bride and she is crying.  The first time I saw the video I thought to myself, “man, I think I would be crying too if this happened at my wedding!”  But that was before what came next.  As the dance deepened in intensity, the groom, and the bridesmaids, and then the bride herself jumped in!  The ritual–this dance–invited their participation.  This was something bigger than a dance in that moment.  Like every other meaningful ritual, it had a story to tell.  Through the dance, those guests told the world who they are—they were able as well to share their sense of belonging to their culture and their values. The dance was them.

It turns out that the Israelites of the Hebrew Scriptures have a special ritual too. In our scripture this morning, they mark their entry into the land of Canaan…. By celebrating a mass circumcision.

I would just like to take a moment and admit that the last thing I expected to be talking about when reflecting on a fast of gratitude was the subject of circumcision. And yet here we are. So perhaps the first thing this story can help us appreciate is the fact that the Christian faith does not require adult male circumcision.

But the question remains-why circumcision? What was the point?

In order to understand, we must go back, and remind ourselves where circumcision comes from:

In circumcision, the people carry on their very bodies a reminder of God’s promise to them—their own created selves bear the imprint of God’s covenant, that God will provide for them. It is this that allows them to say with the Psalmist, “The Lord is my light and my salvation: of whom shall I be afraid?”

But still—why circumcision, specifically? Couldn’t God have gone with a cool tattoo or a special hairstyle instead?

As I have pondered this question, I don’t know that I have the answer, but I wonder if it has something to do with intimacy—for circumcision is, if nothing else, something between you and God. You don’t wear it on your forehead because it isn’t for others to see. It is for you. Every time you see it, every time you bathe or change your clothes, every time you have intimate relations with your partner, you will remember God’s covenant promise—that God is with you. That God will provide for your present.

God will also provide for the future. In this covenant remember that God is promising to create a physical people. It is a new identity, one that we cannot take back. The scars of circumcision will forever remind the one who bears them of the moment that they left their old life behind in order to hold fast to God’s promises. And God is promising that Israel will become a mighty nation of faithful people.

This perhaps is why it is so important the people in the wilderness fulfill the covenant before they enter the land—the last step of their journey is to embrace the promise of God as a promise FOR them. Until they do, they cannot embrace their destiny. They must therefore remember from whence they have come, and give thanks for God, the stronghold of their life, who will keep them safe and will lead them in straight paths.

I hope I am not making too much of circumcision here. But the important truth to remember is that it is more than just a hygiene choice—it is a lasting and meaningful a mark of faith for the Jewish people.

Now as Christians, circumcision plays little to no role in our religious expression.  And that is, in large part, because we have our own ritual, our own moment where the promise of circumcision finds its full expression, and that is the ritual of baptism. According to Colossians, in Christ we “are circumcised with the circumcision made without hands, in putting off the body of the sins of the flesh, by the circumcision of Christ.” We are, Paul says, “buried with Christ in baptism.”

Baptism, like circumcision is something that is between you, the community, and God.

It is a covenant, like circumcision, a promise that we will learn to live into every single day. And it begins in the reminder that our journey to the font is preceded by a God who has been there for us every step of the way. That everything we are and everything we have is a gift from God. And so we approach the waters as babies, as teens, as young men and old women, because we know that God has claimed us in baptism, just as God claims Israel in circumcision, from the very beginning of time. 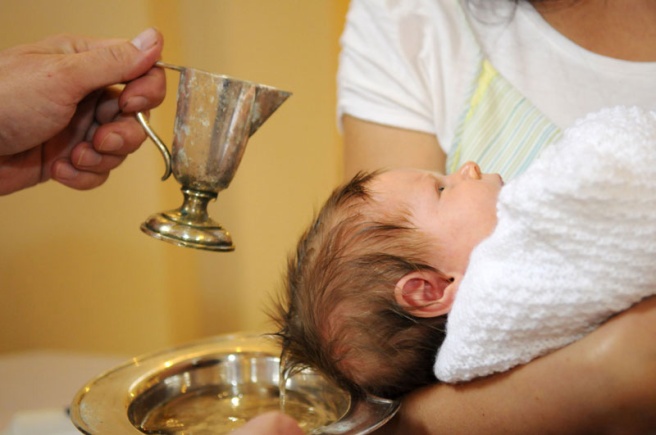 Like circumcision, baptism also moves us to act.  It pushes us out of ourselves and into a world in which we are called to respond to God’s promise.  In recognizing God’s generosity to us, we are moved to be generous with one another.

To appreciate one another.

To love one another.

To baptize one another.

Because the gifts we have received are meant to be shared. The question becomes—how will we share it?

Remember, the Maori people share their culture, their traditions, their values through dance. So how do we share our baptism? What would our Christian “haka dance” look like? How might we communicate the Good News we have received? The gratitude we feel to the God who claims us?

Let us go out into the world, and seek to appreciate what we have been given, appreciate those around us, so that our lives might become a fast of gratitude. And let us walk through the world leaving wet footprints as a sign of the baptism that will never dry up when we hold fast to Christ.